Modular Vs. Prefab: What's The Difference? 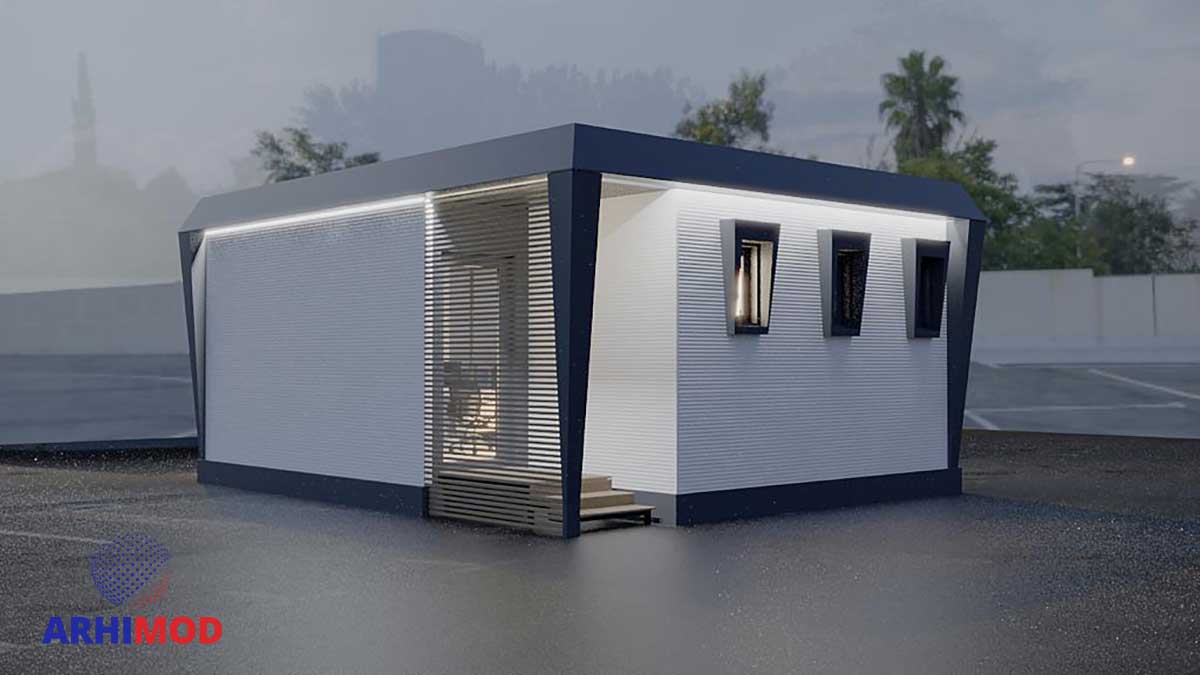 The term “prefabricated house” is famous and well-known in Serbia, and “modular house” is becoming increasingly popular. After its tremendous popularity in Europe and America, this new, modern type of construction is slowly winning the hearts of buyers in Serbia and the region. However, there are still doubts about the differences between these two constructions.

What are prefabricated, and what are modular houses?

Every element in prefabricated houses is made in a factory. After making, the object is brought to the desired location, where it is assembled as a whole on site. Arhimod modular houses are a new type of construction in Serbia. Unlike prefab houses, which are static and are installed directly on the ground, modular buildings are assembled and disassembled, and a house that is 80 percent finished in production is placed on the assembly site. That is why there is no possibility that the building won't be complete.

Prefab houses are not mobile, unlike modular buildings.

It is essential to distinguish the concept of a prefabricated house from the concept of a mobile home. Prefab houses, like classic masonry construction, are static, so they cannot be moved to another location as needed.

Unlike prefabricated houses, modular houses have the possibility of mobility. The Arhimod modular object can, at any time, be transferred to the desired location within a few days without damage.

Prefab houses do not have the superstructure possibility, unlike modular ones.

One of the disadvantages of prefabricated houses is the impossibility of superstructures. The reason for this imperfection is the structure's weak load-bearing capacity. Such facilities are built based on a clearly defined project, which does not include superstructure, and it is necessary to think carefully about plans in advance.

In contrast, an already built modular building can be subsequently expanded without the risk of damage and disruption of the existing design. If the customer wants to change the purpose of his modular house, extend it, or change the layout, we can do all this later.

Compared to brick houses, the main advantages of prefabricated and modular homes are environmental sustainability and excellent energy efficiency. Due to the method of construction and the materials used, both houses are quickly and efficiently heated and cooled, thus saving energy and money due to less consumption and, most importantly, preserving and not polluting the environment.

Prefab and modular houses are built faster than brick houses.

In terms of construction time, a prefab house can be built in a maximum of two months, including the time required for the foundation. Prefab and modular homes are made using the “dry process” and can be moved quickly.

Building a modular house does not depend on external factors, which is why this type of construction gives buyers great confidence that the house will be completed in compliance with all deadlines and within two weeks.

More resistant to earthquakes and floods compared to brick houses

Research shows that prefabricated and modular houses are more resistant to earthquakes than traditional construction. Namely, brick houses can completely crack or collapse the walls during an earthquake or even crack the reinforcement, and rehabilitation costs are often high. On the other hand, the earthquake resistance test showed that modular construction exceeded 9 Richter, which proved that it is safer than conventional construction.

In addition to earthquakes, landslides, and other natural disasters, they cannot collapse and cause significant material damage to the building. An additional advantage is that if you purchase an Arhimod modular building, you also get a multi-year warranty on materials and construction works.

Suppose ecological efficiency, speed of construction and moving in, and compliance with deadlines are essential to you when buying a house. In that case, your choice should fall on a modular or prefabricated house, compared to a classic brick house.

If you need to change the appearance of your home, beautify and modernize it, or move it to a new location for living, modular houses are what you need.